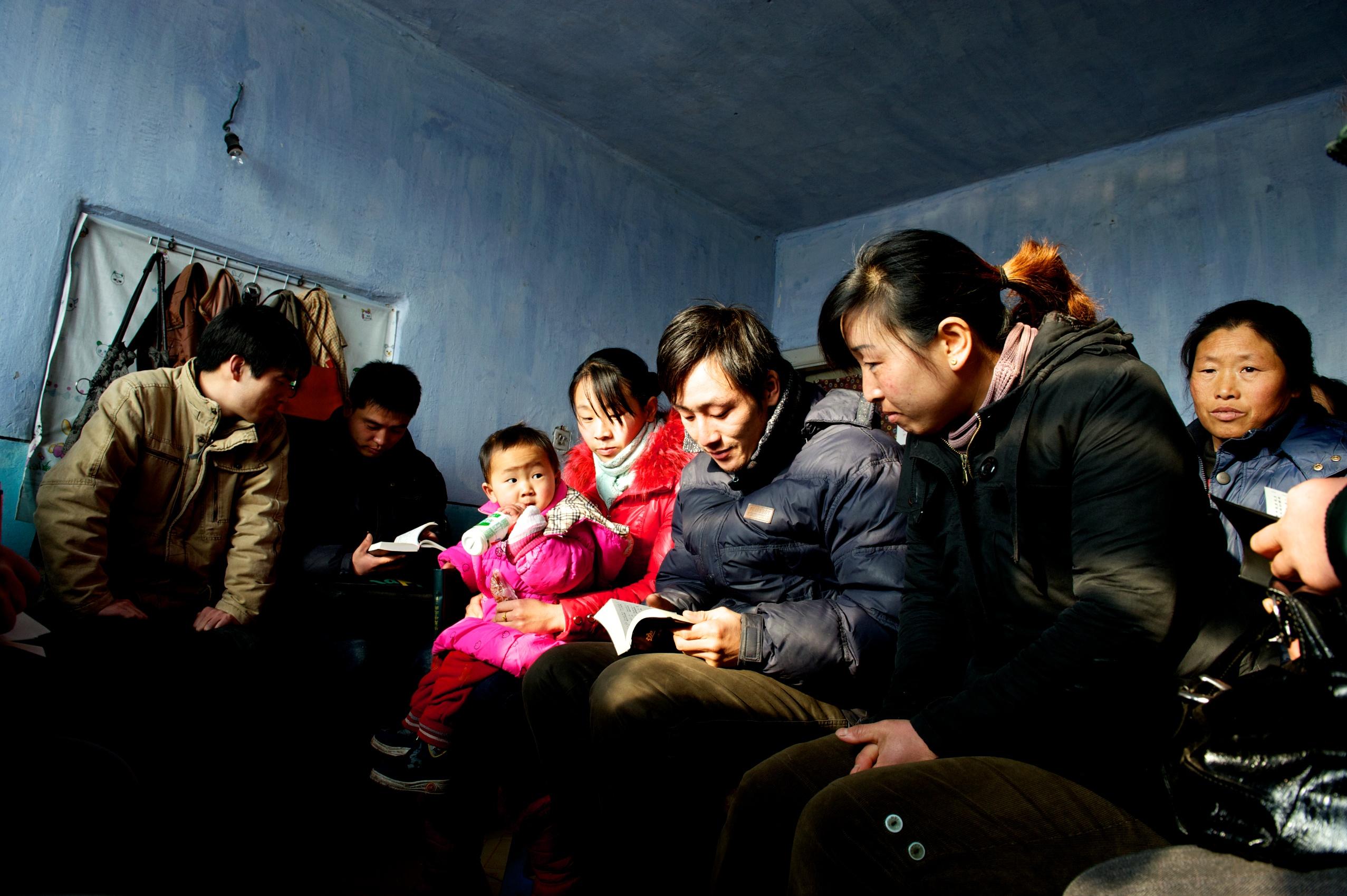 Each time a new customer walked through the door of the small coffee shop in South Korea, where Min-Jae shared his story, he hesitated or stopped talking completely. The middle-aged North Korean studied each person’s face anxiously, searching for clues to his or her intent.

Min-Jae knew from experience that he could never be too careful, even outside North Korea. Spies often cross the border into South Korea to find defectors and report their names to the North Korean government, punishing their relatives still living in the country.

“In North Korea, no one trusts each other,” said Min-Jae, who even suspected his wife of being a spy. “We have to be very cautious about how we think and always careful with our words. I still have that kind of tendency. I get a little nervous, looking back and forth.”

With the coffee grinder in the background, Min-Jae grew more comfortable sharing the story of how he became a Bible smuggler in the most restricted nation on earth.

Min-Jae became a believer during a lengthy business trip to China in 2004. While there, he visited a friend’s church. He loved the Bible and all its “weird” stories. Five months later, after being baptized, he received his own small Korean Bible. He grew in his understanding of the Scriptures, Min-Jae had to return to North Korea. But as he prepared to leave China, someone from the church made a bold request: Would he accept a shipment that included 10 hidden Bibles once he returned to North Korea?

At first, he declined. He was already nervous about bringing his own small Bible into the country. If border guards caught him with even a few pages, he could be tortured or killed. And Min-Jae knew that receiving the shipment of Bibles could results in his imprisonment in a North Korean concentration camp.

As he agonized over the decision, he remembered that he had given his life to Christ, and it was no longer his own. He decided to trust the Lord.

“Now I believe in God, and in God, everything is possible,” he thought. “I can do anything He wants. Even if it looks difficult, maybe God will just do His work.”

The shipment arrived a few months after Min-Jae’s return to North Korea. At 1 a.m. on a morning in November 2005, he approached a boat along the Yalu Riverbank, praying for God’s protection and guidance with every step.

After retrieving three large vinyl duffle bags, he hoisted them onto his back and ran toward his home in the dark. Once inside his house, he opened the bags to find them tightly packed with pants. But wrapped randomly within the clothing were 10 small Korean Bibles.

“I was afraid and nervous,” he said. “Receiving them was fine, but when I actually opened the bags, I began to wonder, ‘How can I distribute these at this time?’ I began to have doubts.” Min-Jae decided to keep the dangerous books hidden until God led him to the right people.

Then, as he walked through his village one day in February 2006, he heard a man whistling a Christian hymn; he had learned the tuned, “The Trusting Heart to Jesus Clings,” during his time in China. Min-Jae made a note of where the man lived and decided to deliver some Bibles to him that night under cover of darkness.

After midnight, Min-Jae rewrapped eight of the 10 Bibles in the pants and left them at the man’s front door.

Months later, Min-Jae returned to China with the intent of defecting. Still, in November 2006, he was arrested and extradited to North Korea.

In prison, he met a former friend who had been arrested because of his Christian faith. And as they talked, Min-Jae came to realize that the man he gave the Bibles to was his friend’s uncle. That man also had been arrested and was being held in a different cell in the same prison.

Min-Jae’s friend told him that his uncle had given the eight Bibles to relatives, who had then committed their lives to Christ. The entire family of 27 people began to gather secretly at night to worship God and to read and discuss the Scriptures. But one night, a neighbor overheard the believers singing hymns and reported them to authorities. The secret police raided their home and arrested everyone.

Although he couldn’t interact with them in prison, Min-Jae often heard some of the family members praying in their cells. He never told his friend that he was the one who had left the eight Bibles on his uncle’s doorstep. It was still too risky for anyone to know.

A month later, all 27 family members, including Min-Jae’s friend and his friend’s uncle, were sent to a concentration camp.

Min-Jae was released after seven months in prison, and in 2014 he successfully defected to South Korea.

He remains concerned—even feeling a bit guilty—about the Christian family suffering in a concentration camp. He supplied the Bibles that helped lead to their imprisonment. Still, he knows that God provided the Bibles and that He is with them as they suffer in His name. “I believe that these 27 people are children of God and that God will somehow release them miraculously,” Min-Jae said.

VOM has provided some support to Min-Jae. Today, he serves in various ways at his church and participates in a one-on-one discipleship program. He continues to pray for a job that will enable him to support himself and asks Christians in the United States to pray that more North Koreans will learn of God’s love for them.

“I just want for North Korean people to hear the gospel and share the gospel,” he said. “That is my only prayer.”

After his conversation in the coffee shop, Min-Jae pulled out the hand-sized Bible he received in China when he first came to know Christ. The outside looks like a notebook, but its pages contain God’s Word in a near-microscopic font. He had hidden the Bible from everyone, including his wife, and it had sustained him when he was a lonely Christian fearful of his work as a Bible smuggler.

Like the family of 27 believers imprisoned for their faith and countless others secretly following Jesus inside North Korea, Min-Jae depended on God’s Word, too.

Story via Voice of the Martyrs