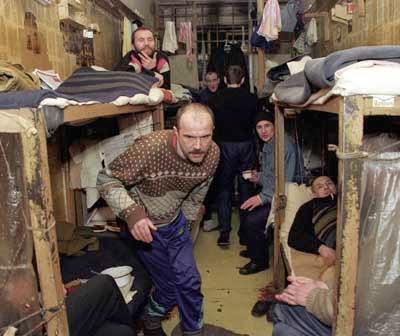 (Daniel 6:11)  The men who had spoken to the king watched Daniel and saw him praying to his God for help.

Daniel prayed despite the king’s decree. He knew that praying was dangerous. But he also realized that prayer was vitally important. Examine his dilemma. Praying would cost him his life. Yet, not praying would kill him spiritually.  It was a difficult choice. However, his relationship with God was more important than his life.

In Russia, prayer also met with great opposition. The devil knows only too well that praying people are victorious people.

One day, I was arrested with 30 other brothers in Moscow. The police locked us up in an ice-cold cell. It was a few days before Christmas. We thought we would not be home for Christmas. It was no use complaining. One of the brothers said, “Let’s pray.” We all knelt down on the cold concrete floor. We prayed for an hour. The policeman was dumbfounded. He said, “What kind of fanatics are you? How dare you pray in an atheist police station?” A long conversation followed.

Later, the officer said, “We don’t know what to do with you. If we imprison one of you, he will convert another prisoner. If we imprison two, another two will be converted. Go home, you won’t bother us there.”

He was right. Prayer gives strength and opens doors. If it doesn’t open the doors of prison cells, it opens people’s hearts inside prisons. What a powerful weapon! Use it.

via Gerhard Hamm from Russia; he spent many years in prisons and labor camps in Northern Siberia.