Khampang came to Christ after witnessing God’s goodness and being healed. 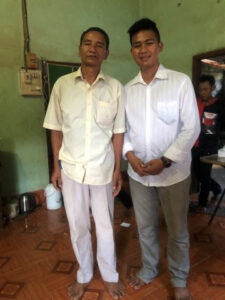 Only two others in his village were Christians, and both had experienced harsh reactions from their families. One young man was disowned by his family, and a teenager was kicked out of his family home. As a result, both young men were forced to leave the village. Community leaders were reluctant to punish Khampang, who is an elder, but they still worked against him, convincing Khampang’s wife that his decision was illegal. She refused to sleep in the same bed as him and gave him small portions of food or nothing at all. When Khampang recently met with VOM partners, large tears rolled down his cheeks as he shared how his family had rejected him. Pray that he will be reconciled with his family while staying faithful to Jesus Christ.

Click here to find out about Christian persecution in Laos and learn how to pray.